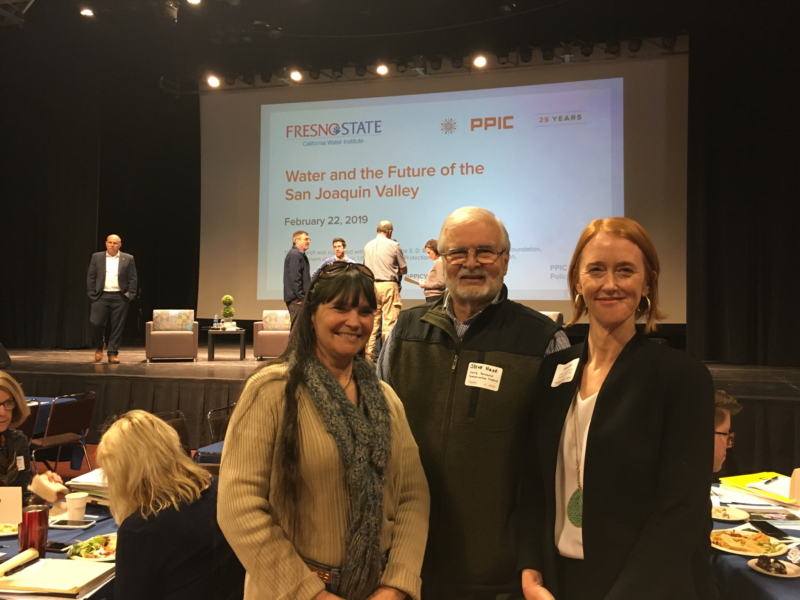 CARCD attended Public Policy Institute's event where they discussed findings from their study along with potential solutions, including RCDs as technical support

California’s Sustainable Groundwater Management Act (SGMA) requires overdrafted groundwater basins to achieve balance between supply and demand by the 2040s. The San Joaquin Valley is a under increasing water stress due to droughts, increasing regulations to protect endangered native fishes, and growing demand by Southern California for Delta imports.

Farmers and other producers often bear a large burden of the scarcity. The valley’s annual groundwater deficit could lead to producers struggling to afford water and the potential for at least 500,000 acres of irrigated cropland taken out of production.

CARCD’s executive director, Karen Buhr was a contributing author to the report, which specifically identified RCDs as “third-party ‘honest brokers'” who can provide scientific and engineering expertise and identify common ground among landowners, regulators, and local government. Groundwater management strategies can vary widely by basin and by community, and RCDs will be able to provide locally-tailored approaches for the best adoption.

Last week, CARCD attended PPIC’s event where they discussed the findings of the report. Ric Ortega, District Manager of the Grassland RCD was a speaker. The RCD network is excited to be a part of the solution to address water management in California, which will be one of the critical issues facing the state in this century.