Get to Know Mojave Desert RCD 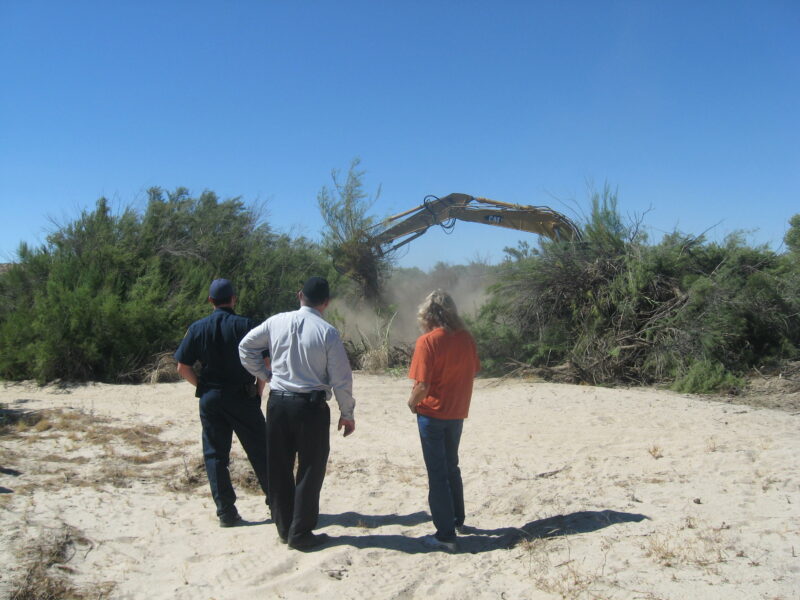 Established in March 1951, the Mojave Desert RCD is the largest of the 3,000 Districts across the nation. The District is so large it could include the states of Delaware, Massachusetts, New Jersey, and Rhode Island, and still have additional area remaining. The District is bounded to the north by Inyo County, to the south by Riverside County, to the east by the Arizona and Nevada borders, and to the west by Los Angeles Counties.

The Mojave Desert RCD priorities include and continue to address major resources concerns that face the people within its boundary. These concerns are:

One of the defining characteristics of the RCD is the Mojave River. The Mojave River has the distinction of being one of only a very few rivers in the world that flows inland away from the sea instead of flowing toward the coast. The Mojave River also is called an “intermittent” river, as it will flow on top of the ground for a distance and then will disappear and return to the surface further down river. Because this river is a source of water for the towns, cities, and agricultural areas that it flows through, water quantity and water quality are high priorities in this area of the High Desert. 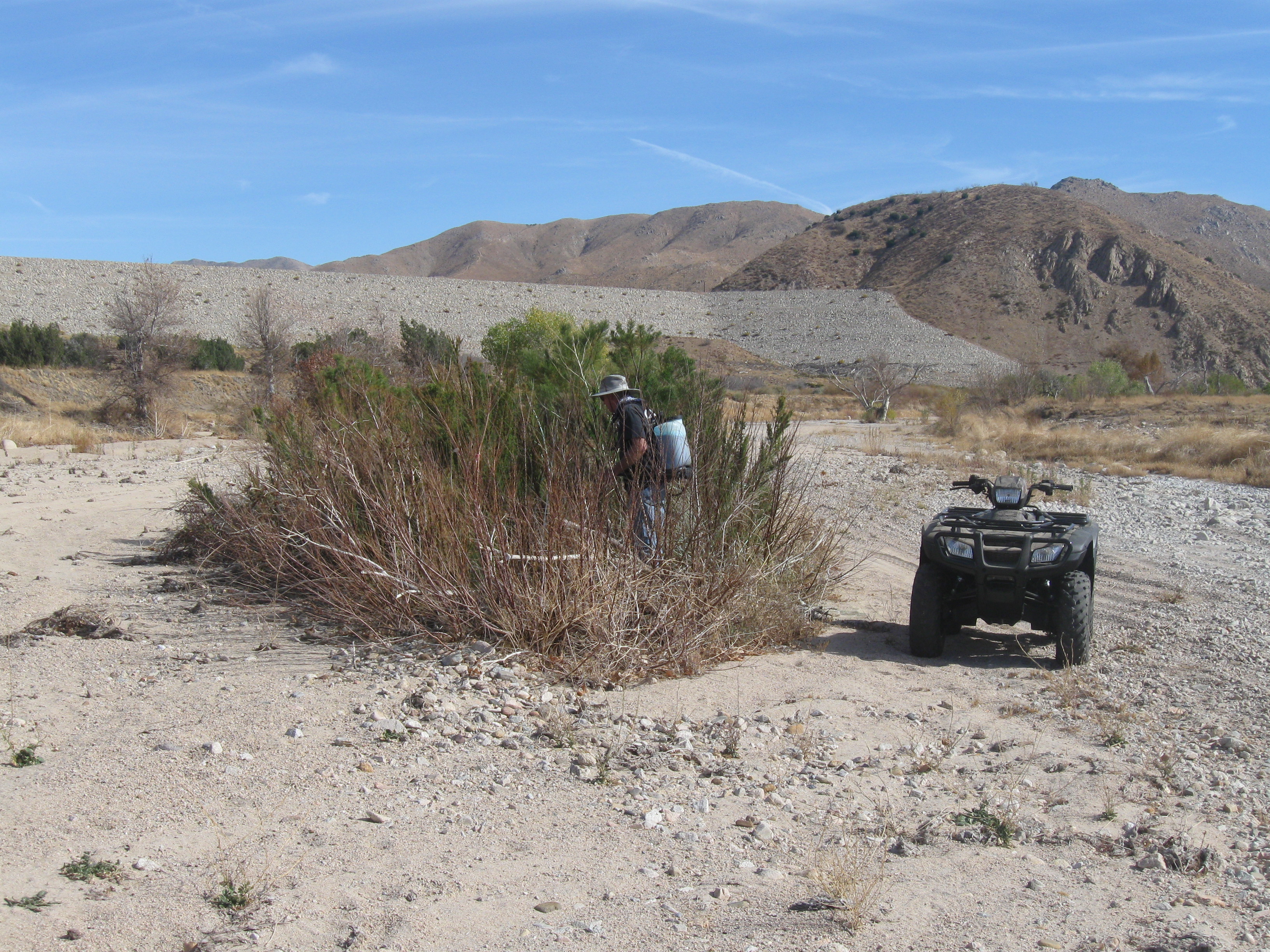 A technician applies herbicide to a stand of tamarisk

Exacerbating water loss in the river is tamarisk, or saltcedar (Tamarix spp.), a very water-thirsty plant with a tap root that can reduce water tables by consuming as much as 200 gallons of water per day per plant. The small shrub can be found almost the entire stretch of the Mojave River. For this reason, the control of this non-native plant is a very high priority. The RCD started the Tamarisk Removal Program to control this plant in 2008, and has been treating it in phases each year, resulting in approximately 80% reduction in tamarisk to-date over the upper and middle reaches of the Mojave River. The project is funded by the Mojave Water Agency the California Department of Fish and Wildlife. They will begin phase 3 of re-treatment in the Silver Lakes area this fall.