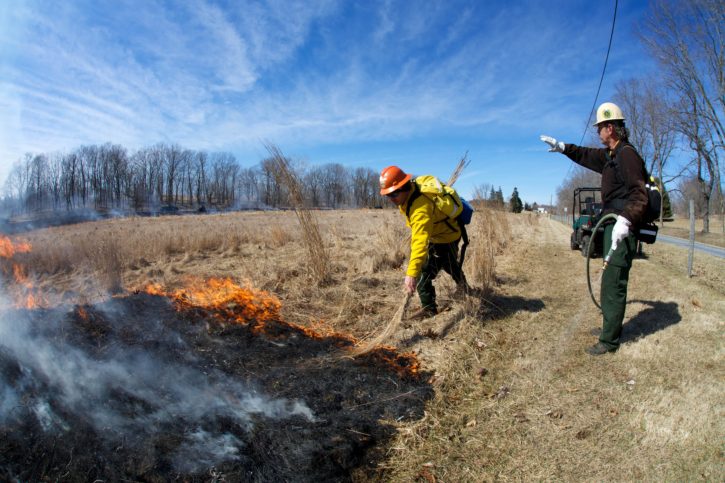 “Community Based Burning: Caring for Our Land Together”

The film, produced by Napa RCD with funding from Rebuild NorthBay Foundation, Napa County, and Sonoma Water, was shot this past spring during several controlled burns conducted on privately-held lands by community volunteers who have come together to form a prescribed burn association.

Lucas Patzek, district manager of the Napa RCD, wanted to share the controlled burning conversation beyond his community, noting “We throw a huge and ever-growing number of resources at fighting fires in California, and firefighters perform a heroic feat each and every year, but we struggle to keep up with the scale and persistence of the problem. We are ready for a culture shift in California. The community itself can and must have a greater role in protecting the land and infrastructure that they love and rely on.

“Sonoma County’s Good Fire Alliance is a great example of the working partnerships developing between public fire agencies, trained wildland fire volunteers and landowners,” explaining why the Napa RCD was eager to capture members of the prescribed burn association in action earlier this year.

Prescribed burning is a tool that many California residents associate with the conifer forests of the Sierra Nevada but in practice, prescriptive fire—most often visible in the spring and fall—is utilized by fire agencies and private land managers to treat a variety of natural ecosystems for fuels reduction and habitat improvement.

“Without that partnership of private landowners or other government agencies, we would never have the opportunity to conduct these controlled burns because we simply wouldn’t have access to these properties,” echoed Geoff Belyea, Napa County fire chief, one of several advocates of the type of private-public partnerships featured in the film. Rebuild NorthBay Foundation board member Lisa Micheli shared that “this is an important message to get out to help build our community’s awareness and comfort level with prescribed burning as a tried- and-true wildfire resilience tool, one previously utilized by native people in this region for millennia.”

Over the past two years, Audubon Canyon Ranch’s Fire Forward program—a co-founder of the Good Fire Alliance—has trained more than 100 local volunteers in basic wildland fire techniques then coordinated the local force on controlled burns in Marin, Sonoma and Mendocino counties. In turn, the Good Fire Alliance has offered its members and the general public additional workshops on home hardening, shaded fuel break creation and grazing techniques for fuels reduction and ecological benefit.

“It’s been inspiring to see how the communities are coming together, committed and united around the common goal to tend our cherished landscapes through collaboration and partnership on cooperative controlled burns,” said Sasha Berleman, director of Fire Forward, noting that prescribed burn associations now exist in one-third of California counties.

Reflecting on the Walbridge Fire and the public health risk wildfire can pose to drinking water, Grant Davis, general manager of Sonoma Water said, “Our water supply is safe and we will be looking at the long-term recovery of the Lake Sonoma watershed. This kind of collaborative effort is key to reducing fuels and the risk of fire in this critical watershed.”