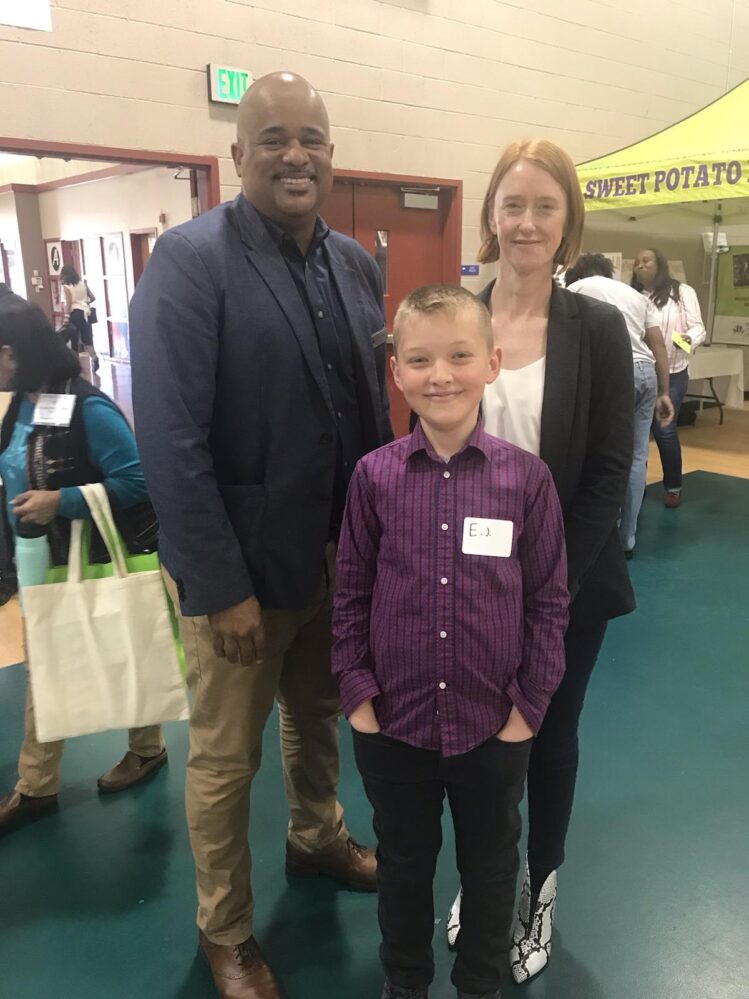 Carlos Suarez is the California State Conservationist for USDA-NRCS. After his parents emigrated from Cuba in the sixties to Puerto Rico, Suarez grew up aiming for a career in mechanical or electrical engineering. Attending University of Puerto Rico-Mayaguez on a volleyball scholarship, Suarez met Professor Dr. Luis Silva, who advocated for a career in the Soil Conservation Service, leading to his first effort at agricultural engineering, designing an irrigation system for 50 acres of citrus. Suarez chuckles as he explains that it was, “…designing irrigation in the mountains, not the plains, but the mountains.” Umberto Hernandez, the Director of the Caribbean area of the Soil Conservation Service, encouraged Suarez. In 1992, Suarez became a soil conservationist in West Virginia, for 28 years.

As Florida State Conservationist, Suarez led restoration for the Forest Everglades, moving to California to serve as State Conservationist for eight years. Suarez explains, “I consider California my second home.” Suarez joined Secretary Ross for several diplomatic service missions in Nicaragua and Mexico. As Acting Deputy Director of the U.S. Agency of International Development in Mexico for six months, he learned about Mexican resources and agriculture. In 2018, after Hurricane Maria, Suarez flew to Puerto Rico to serve as head liaison between USDA and FEMA for the US Department of Agriculture. In addition to working with farmers, he led initial restoration at El Yunque National Forest.

While California State Conservationist, Suarez was deployed on double duty in 2007 and 2013 as Acting Director for the Pacific Islands Area. This includes Hawaii, American Samoa, Guam, Northern Mariana Islands, Palau, Micronesia and the Marshall Islands. Then, wherever he went, “It’s an island, like Puerto Rico, so I felt right at home.”

Suarez describes the USDA-NRCS partnership with Resource Conservation Districts as synergistic, stating, “I have been exposed since day one to work from Resource Conservation Districts, not only for our constituents, but as partners. Quite frankly, without RCDs, with all the work and all the resources that they bring to the table, NRCS would not be able to achieve the level of success in this great state.”

In 2020, Suarez teleworks four days a week from his home office, going to Sacramento every Monday. He misses on site field visits, but comments, “The virtual visits feel almost like I’m there by using the technology and what’s available, as well as by continuing discussion with our partners, RCDs and CARCD. We have continued to work hand by hand during the pandemic.” Proud of the Conservation Districts and USDA-NRCS staff for providing seamless delivery of conservation services, he notes that Resource Conservation Districts “haven’t missed a beat” during the pandemic.

Suarez highlighted the USDA-NRCS Strategic Plan for California, 2020-2025, published in May 2020. As he explains, “With the feedback from RCDs and CARCD and other partners, we developed a strategic plan to guide us for the next five years focusing on priority areas in the state – whether wildfires, tree mortality, air quality, groundwater, surface water and water conservation, focusing our resources and our work to continue delivering conservation on the ground.”